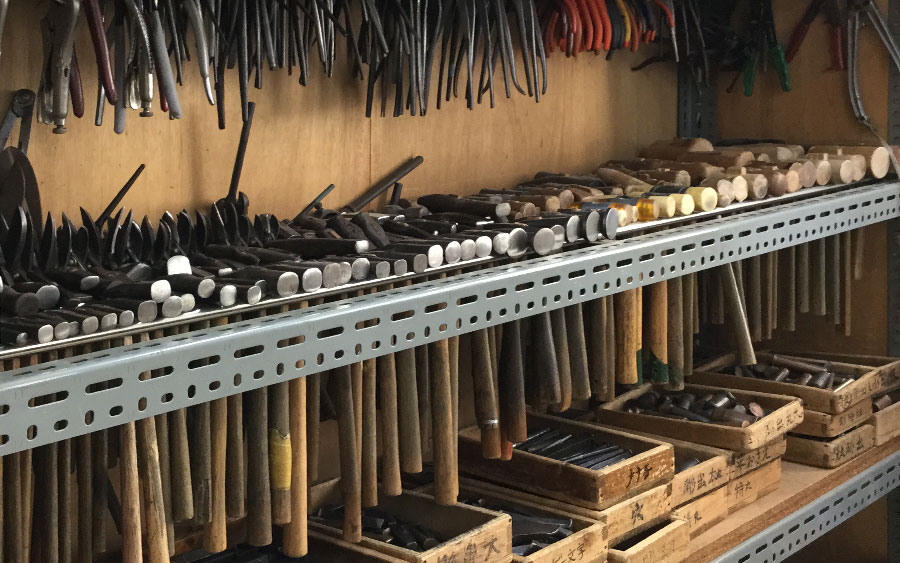 It was under continental influence during the Yayoi period that metal began to be used in Japan and metal processing techniques developed. Bells and swords and spears of bronze were made, along with iron implements, while the manufacture of bronze mirrors flourished. Horse harnesses and personal jewelry of Korean origin have been found in early burial tumuli. However,highly developed pieces of metal carving and casting, as well as weapons etc considered to be of Japanese workmanship have been unearthed from later burial tumult. It is therefore thought that the practice of adorning the body with metal jewelry was popular amongst the Japaneses elite of that period, and that metalworking techniques developed rapidly in Japan.

Furthermore, with the introduction of Buddhism, elaborate techniques of wrought metalwork, cast metalwork, and metal sculpture required to make Buddhist images, metal architectural fittings, Buddhist containers, ritual utensils, temple bells and such like flourished. There are many exquisite works of art connected with Buddhism, such as the ritual implements of the Heian Period Esoteric sects, and the jeweled pagodas, reliquary pagodas, sutra scroll pins and scroll cases, and various types of metal boxes which continued to be made in the ensuing Kamakura period. In crowns, mandorlas and canopies, the techniques of keribori(chasing) and sukashibori(openwork) were freely used.

From the standpoint of design, strong Japanese characteristics are discernable in the external treatment of armour, helmets and swords from the Kofun Period, and by the late Heian Period, a distinctively Japanese way of expressing magnificence in decoration had emerged. In the same way, decorative metal fittings for use in architecture developed technical and design characteristics redolent of the age in which they were made, whether Kamakura, Muromachi or Momoyama, and this persisted into the Edo Period, A metalwork aesthetic with a uniquely Japanese flavour is evident in the beautiful design of fittings for Edo Period swords and their scabbards.

In the case of personal ornaments, their decorative significance initially lay in the use of metal itself, but as time went on, the rarity value of gold, silver and platinum as precious metals stimulated the development of the alloys used in the fittings that adorn sword hilts and scabbards. Thus a variety of alloys, such as shakudo (gold and copper), shibun-ichi(literally "one quarter", i.e. one quarter gold to three quarters copper), aokin(literally blue gold, i.e. an alloy of gold and silver, electrum), and yamagane(literally mountain fold, that is fold with impurities in it) made the effects more colourful. From the Meiji Period onwards, these techniques were used in combs, hairpins, belt buckles, pipes, writing equipment, bag, clasps, etc, and a wealth of magnificent handcrafted objects came into being.

Today, as everyone knows, mechanization has permeated every aspect of the manufacture of decorative metalwork, and new production methods have emerged. Examples include Italian-style wrought-wax mould casting, centrifugal casting for small die-cast articles, form presses, electrotyping etc, but all these are no more than the concomitants of the adoption of mass production. 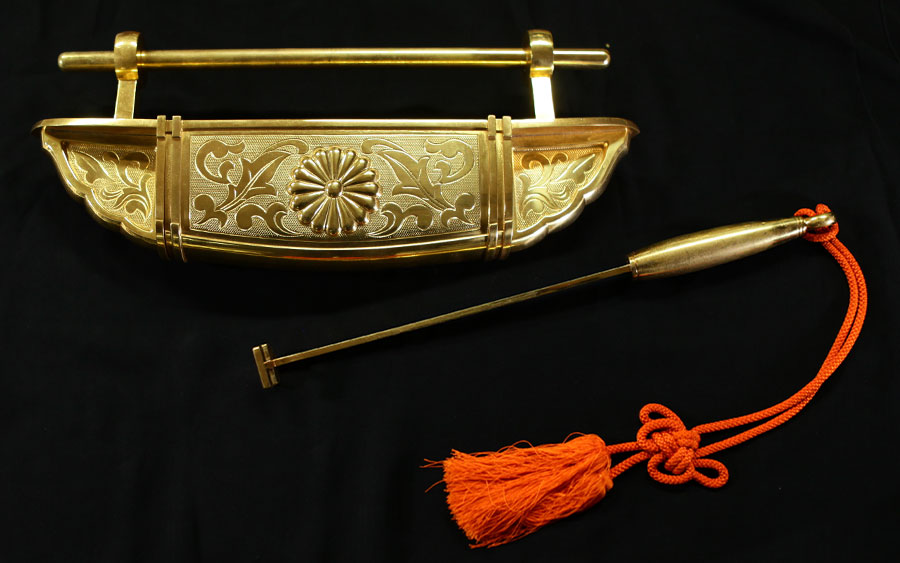 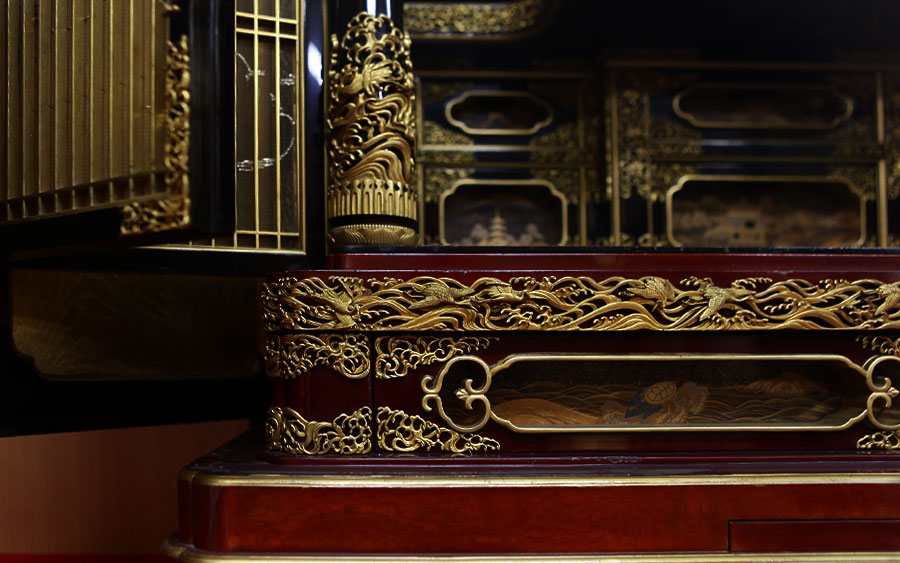 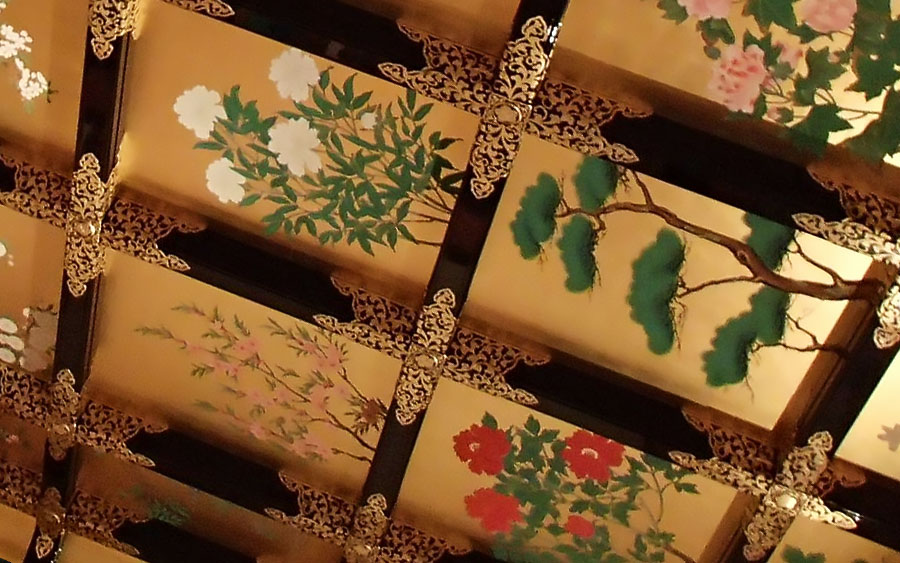 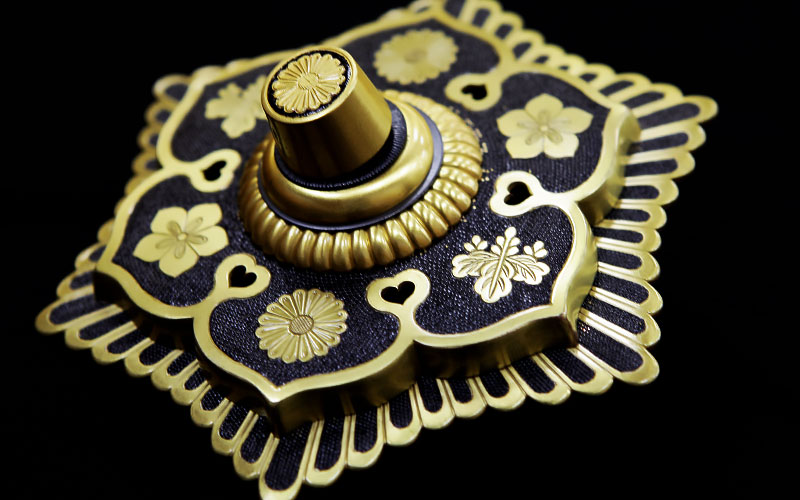 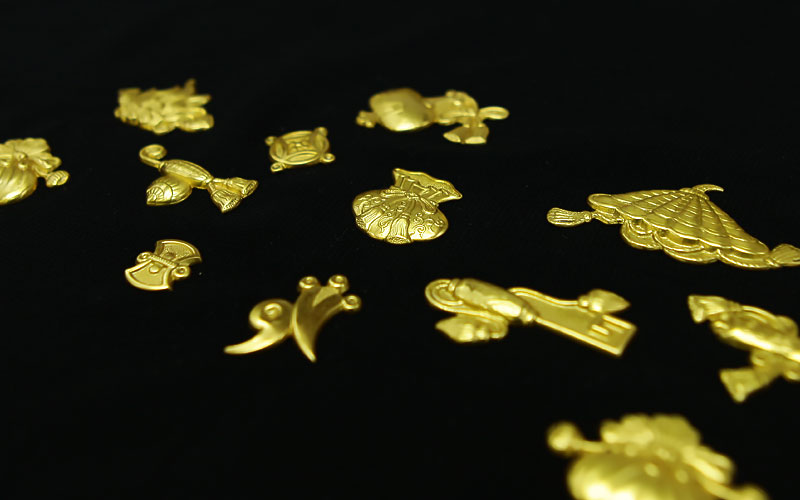 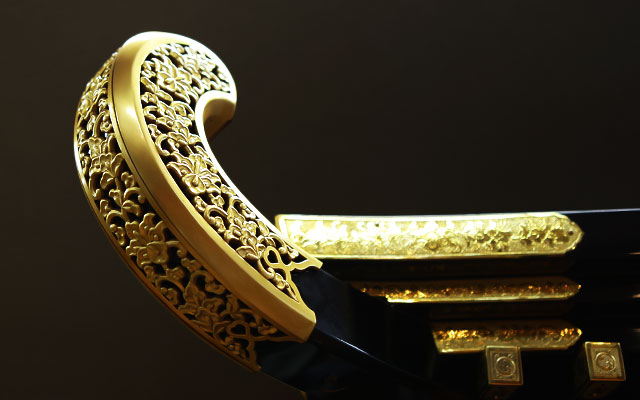